Home ⟩ What we do 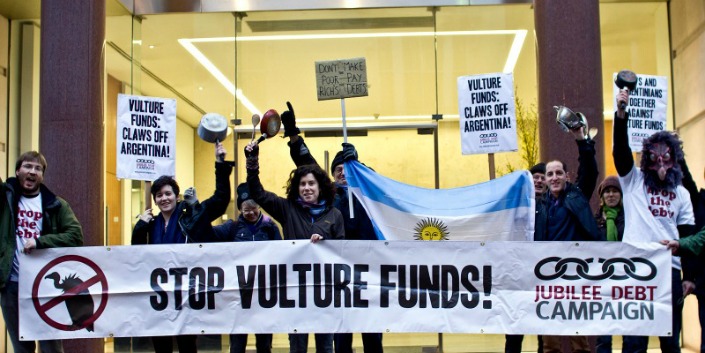 On the 16th May 1998, 70,000 people took to the streets of Birmingham and formed a ‘human chain’ around the city which was then hosting a global summit with world leaders. The thousands of people who filled the city centre were ordinary people calling for debt cancellation for the world’s most indebted countries, and this action was described ‘a tremendous inspiration.. a defining moment in history’ by the ex- President of Guyana Bharrat Jagdeo, who was in attendance.

Standing on the shoulders of decades of debt-justice activism in the global south, the late 90s saw the issue of debt injustice – particularly that owed from the global south to the global north – become one of the most significant political issues of the era because of the Jubilee 2000 movement. Between 2000-2015 the global Jubilee campaign won $130 billion of debt cancellation for developing countries.

Jubilee Debt Campaign, founded in 1996, was born out of this activism. In the last decade the debt crisis has ‘come home’ to Europe, and today we understand that debt cancellation is just one part of the complex picture of debt justice for countries around the world. We continue to work alongside our allies in heavily indebted countries of the global south, such as Mozambique and Ghana, as well as working on the issue of personal debt here in the UK.

We research global debt issues, educate people about their causes and solutions and campaign in solidarity with indebted people and countries. We work in partnership with allies in the UK and around the world to strengthen the rules that govern global finance.

We’ve helped to bring about some big changes, including:

But there is a lot more do to. And we need your help. Please sign up to support our campaigning.