Personal debt has reached the highest levels ever – a staggering £217 billion. One in four of us in the UK are struggling.

There’s a whole industry preying on the UK’s most vulnerable families, charging sky-high interest rates that pull people into a debt trap.

The election is an opportunity to raise the alarm and demand action.

Help us push the government to end rip-off lending by capping interest and charges. Support the call for an urgent inquiry. 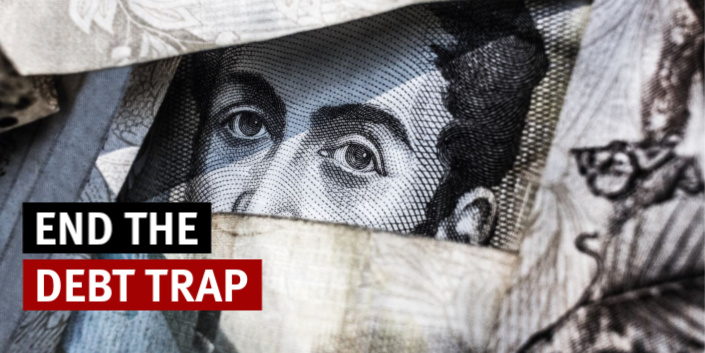 This action is part of Debt Week, a national week of action from 23 November to 1 December to end the debt trap faced by people, families and communities across the UK.

(Data source: levels of over-indebtedness in individual parliamentary constituencies in the UK is via The Money Advice Service.)