Millions of families in the UK are struggling to make ends meet.

Wages still haven’t recovered since the financial crisis, with average real wages still £11 a week lower than in 2008. We face growing insecurity at work, and £14 billion in welfare cuts have slashed our social safety net. Growing numbers of people are having to borrow just to cover basic needs, like putting food on the table. And rip-off lenders are out of control, exploiting desperate families with high cost credit. The debt trap is a huge problem for millions. It’s time for things to change. The government must act.

When personal debts get too high they cause poverty, mental health problems, family break–down,  homelessness, and threaten community cohesion and the stability of the economy. And right now it’s the poorest families across the country who are suffering the most .

The crisis in facts

The Government must act to solve the debt crisis which is severely impacting the lives of families across our country.

Together we can unlock the debt trap

TAKE ACTION and help put pressure on the Chancellor of the Exchequer to act. 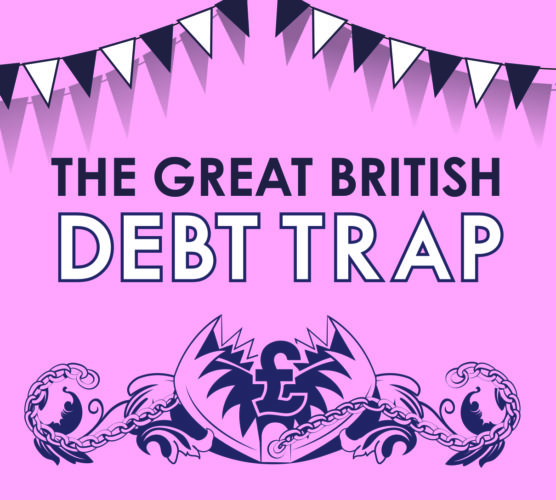