In Chad, pregnant women are putting off going to important but expensive health check-ups, and their families are paying over a third of a month’s income upfront to get through childbirth. In Togo, West Africa, an 11-year-old boy was admitted to the country’s biggest public hospital with a stomach-ache and his father claims they were left waiting until the boy was declared dead by a nurse.

Health and other essential services including education and infrastructure investment, in these and many other countries, are suffering severe cuts to public spending, and people are dying because of it. 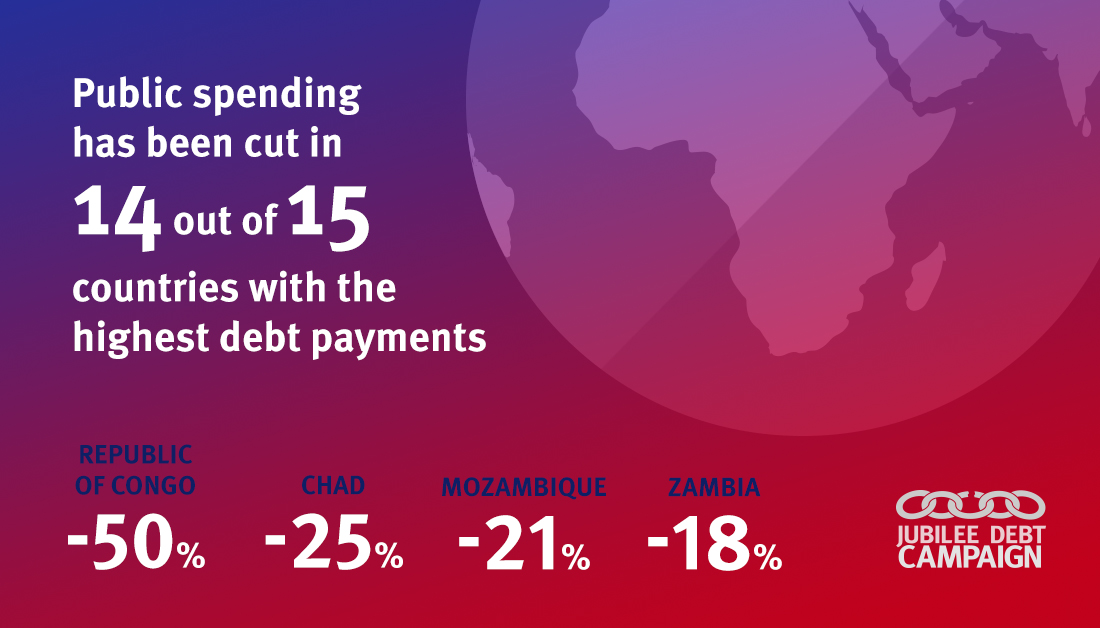 For Zambians, who pay 35% of government revenue on debt servicing costs, the price of electricity has rocketed exorbitantly through recent years of austerity, and last month a hike of more than double was again announced by the state power firm. Despite this, power cuts are a regular occurrence. Meanwhile, the country is reportedly losing $3 billion a year in tax dodging by multinational mining companies who exploit its mineral wealth.

In the best-case scenario – of strong economic growth and no economic shocks – overall debt payments will continue to increase over the next three years. But if there are widespread economic shocks – such as falls in commodity prices, rising interest rates or widespread disasters due to climate change – average debt payments could continue to increase rapidly to the highest level in over 20 years.

The Sustainable Development Goals to cut poverty and inequality are as pressing as ever. To meet them would require substantial increases in public spending, but with the climate crisis escalating, and other shocks likely, the current system must change. The IMF and World Bank’s decades-long failed policy of bailing out reckless lenders at the expense of a country’s citizens needs to give way to fair and rapid debt restructuring to help countries back on track to meet the needs of their populations.