This past June 16th, the Supreme Court of the U.S. announced two highly pernicious decisions not only for Argentina and its people, but for all those who defend sovereignty and the primacy of human rights over the claims of big capital. 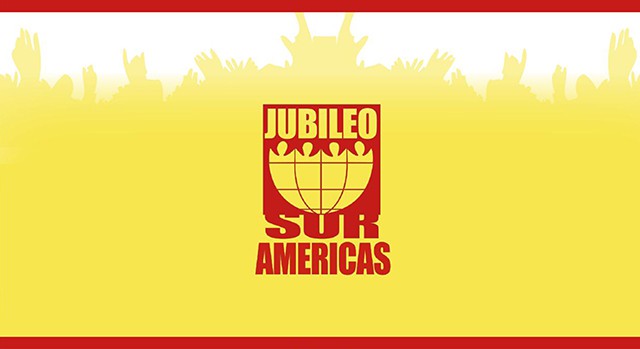 The Court rejected Argentina´s appeal, leaving firm the lower court rulings which, since 2012, order Argentina to pay 100% of the debt claimed by several investment funds known as vultures – led by NML Capital – and to pay in full before continuing to service the bonds it restructured in 2005 and 2010. Moreover, the Supreme Court upheld those same vulture funds’ demand that Argentina identify the assets it holds outside its own territory, in order to facilitate new actions seeking to collect what the U.S. courts have decided that Argentina owes them.

Both decisions are as reprehensible as expected. In a world where human life, the life of nature, sovereignty and the rights of peoples and nations are increasingly undermined by the actions of big business – the financialization and perpetual crisis of the global capitalist economy, the rise of the casino economy, the intensification of its exploitative and predatory power over human labor and natural goods – these decisions exemplify the consolidation of a legal-political institutionality that recognizes no limit to usury and capitalist greed. A veritable architecture of impunity that, starting with the U.S. Foreign Sovereign Immunity Act which in 1976 established that the sovereignty of nations ends when the market so decides, has been built up over the subsequent years of neoliberal boom through the signing of multiple treaties and agreements of “free trade”, “economic cooperation”, investment protection, and the waiver of national sovereignty  to foreign courts and arbitration forums such as the ICSID.

The attack of these hedge funds is not new.

Notwithstanding the backing they have now received from the US’ highest court, it is part of a process of bloody, illegitimate, and illegal indebtedness whose high cost the people of Argentina have been paying for far too many years. Without going back any further in  history, the bonds now in the claws of these vultures can be traced directly to the odious debts accumulated by the dictatorship (’76 – ’83) and the debt imposed during the ’90s, under the extorsive power of those same debts and the decisive support of the IMF, World Bank, Paris Club, and others. A debt that was found to be fraudulent and arbitrary (Olmos Case, Case No. 14.467, Federal Court No. 2 for Criminal and Correctional Matters, Federal Capital, July 13, 2000) and which is still the subject of ongoing judicial investigations in other Argentine courts.

30,000 peoples disappeared, the privatization and denationalization of public patrimony, the successive structural adjustments and the economic collapse of 2001 with its horrendous consequences in terms of impoverishment, unemployment, exclusion and the reorganization of the economy, deepening its exploitative and extractive nature so as to be better able to service a debt which, for its proven illegalities, long ago should have been declared null and void.  These are just some examples of the human, social, economic, and ecological cost that will only continue to grow if the underlying problems are not addressed.

So far, the Argentine government has tried to “win” the game of debt, playing with the same rules established by its purported creditors. Its aim is to return to international capital markets in order to borrow more and continue its dependency and submission to the domination exercised by those very markets.  While the government keeps betting on a “more humane” capitalism however, that same capital keeps reaffirming that its very nature is exploitative and predatory. The results are clear: despite the fact that Argentina has made debt service payments of more than USD 400 billion since the end of the dictatorship in 1983, and more than USD 174 billion in the last decade alone, over that same period the debt has increased from USD 43 billion to more than USD 240 billion. The fact that the partial moratorium on debt payments, after the collapse of 2001, allowed Argentina to begin a process of economic recovery, clearly shows that there are alternatives to paying over and over for a debt that is not even owed.

Do not let the vultures continue flying!

We call on peoples, movements and organizations, governments and institutions of integration, especially here in our America and throughout the South, to join forces to stop this onslaught and the possibility that the vultures of any ilk, continue to live off us.  In particular, we call for support of the demands and actions expressed by numerous Argentine organizations and popular leaders, as in their declaration VULTURES NEVER AGAIN:

The vultures will not find it so easy to continue flying over us if our countries do not allow them to pass. Together we can move forward in the building of new realities of life and bien vivir, putting an end as well to the impunity with which the international economic and financial system works and ensuring that those responsible for the crimes committed make reparations, paying the debts they have accumulated to us.

We don´t owe, we won´t pay!  The only true creditors are the people!