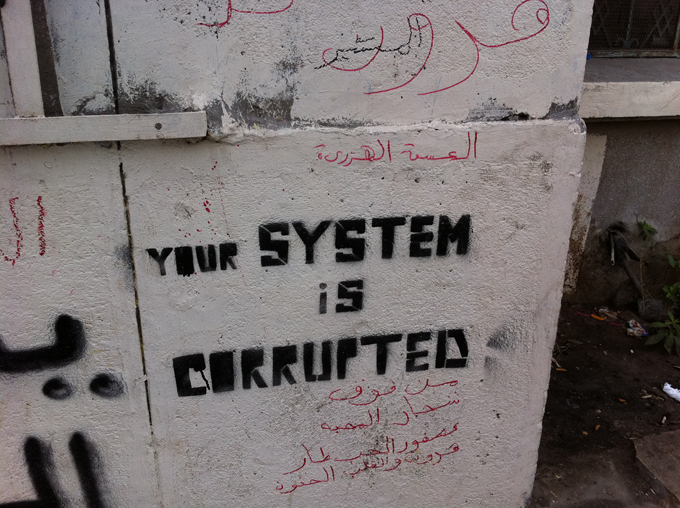 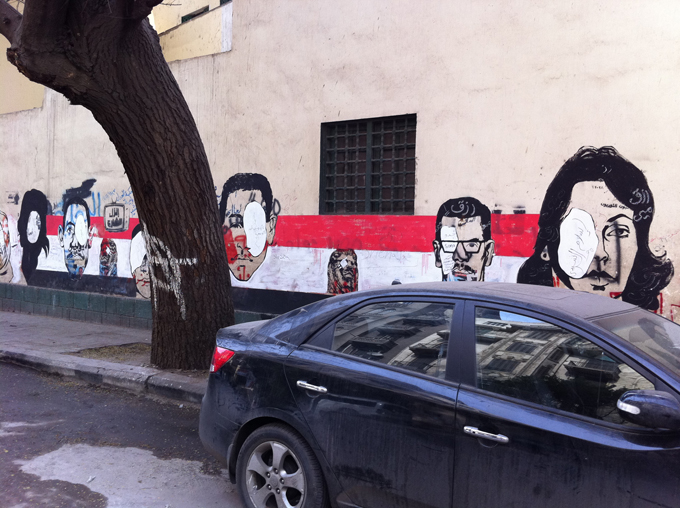 Spent the day at the brilliant conference which looked at ‘who will pay the price’ for decisions to pay Mubarak’s debt and take Egypt down the so-called ‘free market’ economic route. “The question is not whether to take a loan or not, but who will run this country for the next 5 years” said Amr Adly from the Egyptian Initiative for Personal Rights. Clearly it’s not size that matters; the IMF loan would only cover Egypt’s deficit for a few months. But the loan will play a vital role in cementing corporate control of Egypt’s economy – both through the conditions the IMF will impose and through the mountains of debt and capital following behind it.

We also heard about another institution waiting to get its hands on Egypt: the European Bank for Reconstruction and Development (EBRD), a public bank head-quartered in London which was set up to bring the free market to Eastern Europe after the fall of the Berlin Wall. It is currently getting its mandate extended so it can do the same thing in North Africa that it did in Eastern Europe: to allow companies to buy up the economy, especially through Public-Private Partnerships. Much of the British ‘assistance’ which the UK government promised to Egypt is expected to flow though the EBRD. There are great opportunities for British finance and companies in Egypt, so it doesn’t take much imagination to work out who will be ‘assisted’ by this.

As my colleague Anders Lustgarten told the conference earlier, the term Public-Private Partnership is somewhat Orwellian. Basically the public sector puts in the money and takes the risk, the private sector gets guaranteed profits no matter what the social impact. PPPs have been popular in the UK, where they were invented (known as the Private Finance Initiative – think bankrupt hospitals and hidden debt), Portugal, Greece and Spain. The ECBRD could be loking a $2.5 billion a year in ‘investment’.

A representative from the Campaign for Housing Rights told the conference that disastrous privatisation projects are not simply theoretical possibilities – they are being built now. He sensibly points out that taking out loans for public services – which have no chance of generating a profit – should not be privatised.

But the real star of the show was Maria Lucia Fatorelli, our guest from Brazil who runs a group called Citizen Debt Audit, and was an official commissioner of the Ecuador debt audit in 2007-8. The audience really seemed to relate to the fact that Maria Lucia comes from a country which went through the dilemma Egypt is facing over the IMF loan and repayment of debts 30 years ago. She pointed out that Brazil has indeed experienced incredible growth in recent years, but the cost has been becoming one of the most unequal countries in the world. As quoted in today’s paper:

“Similar to Egypt now, which allocates 30 per cent of its national budget to paying off incurring debts, Brazil in the 1980s “dedicated half of its budget to pay the installments of its debts.”

Fattorelli added: “Meanwhile, we did not have investment in health, education, security, transportation or any form of public investment. People started to understand that the debt was related to their daily lives.”

Maria Lucia told the audience Egyptians has inspired the world with their revolution. They could now continue to inspire by truly taking control of their economy and running it in the interests of the many.