When it comes to infrastructure – roads, railways, power plants, ports and the like – the policy prescriptions from the World Bank and other international financial institutions sound like a badly scratched record, writes Nicholas Hildyard of The Corner House. 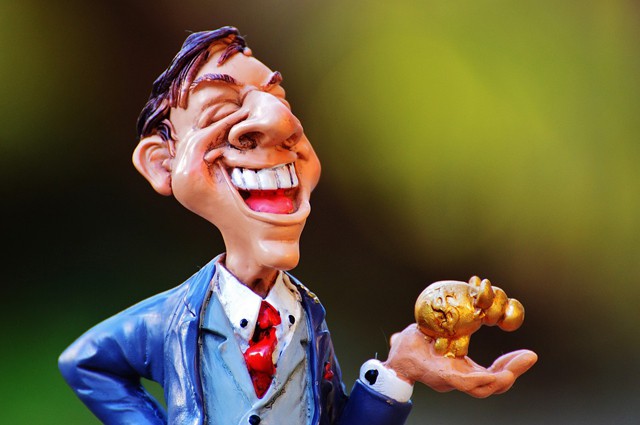 Attempts to change the disc are met with the same tired riff. The world needs infrastructure. The public coffers are empty. Private investors have oodles of money. Public-private-partnerships are the best way to entice them to stump up the cash.

The story is that the private sector is coming to the public’s rescue, all for the common good. All hail pension fund managers! Three cheers for the financial 7th cavalry of private equity! A big hand for the venture capitalists!

But, as with most World Bank narratives, what’s left out is most telling. The Bank and other IFIs proudly proclaim they have devised financial products – from project bonds to infrastructure funds – to attract private investment into infrastructure. But they are entirely silent on the private sector profits being made out of these investments.

Small wonder: the scale of financial extraction makes complete nonsense of any claim that the public interest is being served. Back-of-the-envelope calculations suggest that the private sector is taking out considerably more than the $100 billion it puts into actual projects every year – perhaps more than twice as much. And the high rate of extraction translates into roads that ordinary people cannot afford to pay to use; electricity and water tariffs that are beyond the reach of the poor; and hospitals that are too expensive to run.

The main beneficiaries of this financial extraction are (surprise, surprise) the 1%, who hold nearly 80 per cent of the world’s financial assets. And amongst this group, it is fund managers who probably benefit the most. For poorer people, the cost is higher (often unaffordable) tariffs as paying for infrastructure shifts from general taxation, a system in which the rich are obliged to help others, to a system in which the less well-off are obliged to pay rents to the rich.

“Far from the private sector coming to the rescue of the public, the reverse is the case.”

This is such a different narrative to that spun by the World Bank. Far from the private sector coming to the rescue of the public, the reverse is the case. At a time when there is, in fact, too much money sloshing around the system in search of fewer and fewer profitable investment opportunities, governments are obligingly re-engineering infrastructure to provide investors with above average profits – typically a jaw-dropping 25% a year – mostly at the public’s expense.

Key to such re-engineering is the public sector guaranteeing income streams, subsidies, fiscal incentives, investor-friendly regulatory regimes and other policies that all turn public funds into private gain. Indeed, for private investors, such public support is the defining feature of what they consider investible infrastructure.

We have been here before. Go back a century and a half and ‘guaranteed income streams’ was the central demand (make no mistake: it was and still is a demand) of investors. India’s colonial government guaranteed railway companies a 5 per cent annual profit, underwritten by Indian, not British, taxpayers. The British Government knew it was a scam but could do little about it: the contracts locked in the guarantees for 99 years. William Thornton, Secretary of Public Works at the India Office, denounced the scheme as nothing more than ‘private enterprise at public risk’.

Today, the retired colonels who funded their retirement off the backs of Indian taxpayers would salivate over the array of publicly-backed guarantees on offer to infrastructure investors – from guarantees on loan repayments, rates of return and minimum income streams to guarantees against currency exchange rate risks and compensation should new legislation affect an investment’s profitability.

As of 2012, Chile alone had agreed $7 billion worth of Minimum Revenue Guarantees. In the Philippines, all infrastructure projects built on a PPP basis are guaranteed against ‘regulatory risk’. And more freebies for the private sector are on the way as governments the world over seek to attract investors into infrastructure.

The trajectory is not only towards increased inequality as public money is looted for the 1%: it is also profoundly undemocratic, elitist – and unstable. Undemocratic because a handful of fund managers and rich investors increasingly determine what gets financed and what does not. Elitist because the facilities that would most benefit the poor do not get built – a report by the NEPAD-OECD Africa Investment Initiative candidly admits that it is ‘futile’ to seek private investors for rural electrification projects ‘due to the low returns on investment’. And unstable because infrastructure-as-asset class has become an inflated bubble – and many in finance are warning that the bubble is about to burst.

Nicholas Hildyard works with The Corner House, a UK solidarity and research group. He is author of Licensed Larceny: infrastructure, financial extraction and the Global South, available from Manchester University Press, price £11.99.