• Zambia spends four times more on external debt payments than public healthcare
• Real public spending per person has fallen by 18% in recent years, as the debt crisis has hit government finances
• If paid in full some bondholders could make 250% profit

Zambia will go into debt default on the 14th November if a resolution is not reached with their private creditors following a missed interest payment in October. The southern African country has requested a six-month extension on interest payments to help cope with the economic impact of the Covid-19 pandemic, though in reality large scale debt cancellation is needed.

Jubilee Debt Campaign warned back in 2015 that Zambia was at risk of a government external debt crisis, with an increasing debt payment burden and overreliance on copper exports for income from the rest of the world. This crisis has arrived in recent years, with the Zambian government’s external debt payments increasing from 4% of government revenue in 2014 to a predicted 33% in 2020, even before the impact of the Covid crisis .

The consequence of this rising debt payment burden has been felt in government spending on other areas. Even before the Covid crisis, Zambia’s real public spending per person fell by 18% between 2015 and 2019. The $1.7 billion Zambia is due to spend on external debt payments in 2020 is four times more than the $400 million the government spends on public healthcare. Over 16 million Zambians – 88% of the population – live on less than £4.20 a day.

The World Bank also now reports data on the residency of private lenders (other than for bond-holders). According to this data, of the $2.4 billion Zambia owed at end-2019 in private (non-bond) debt, 56% is owed to UK banks, 20% to banks based in China or Hong Kong, 14% to banks based in Israel and the remainder to banks in Italy, the US, Denmark and South Africa.

Bonds are traded publicly, which means we can observe the price traders are paying for Zambian debt. Since 2013 Zambia’s bond that it is due to repay in 2022 has been bought and sold for less than its face value, because speculators have thought there is a chance Zambia might default. Since August 2018 traders have paid 70 cents on the dollar or less – with a low of 30 cents on the dollar reached in March 2020. It is currently trading at 45 cents on the dollar.

The original private lenders to Zambia lent at high interest rates of 5.375% to 8.97% because it was high risk lending. Many of the current owners of these debts bought them at low prices because it was expected that Zambia would not be able to repay the debts in full. The logic of private lenders behaviour is that significant amounts of the debt would need to be cancelled. That is exactly what should happen. 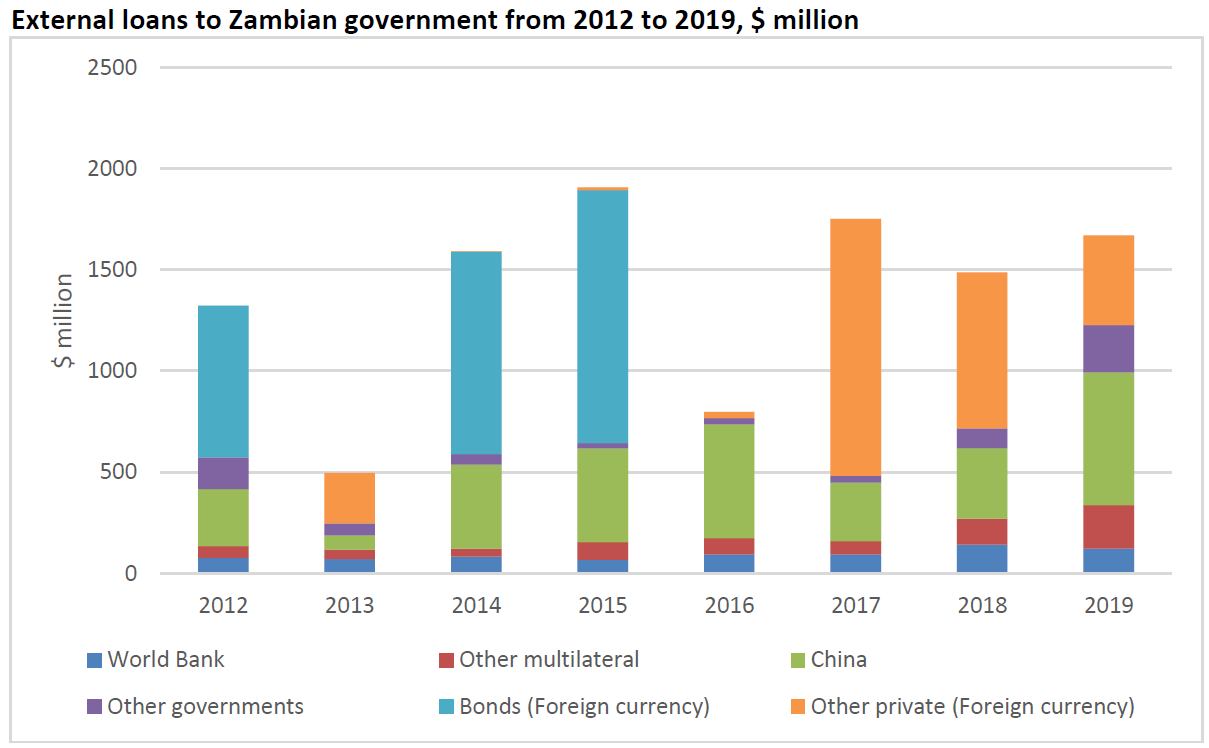 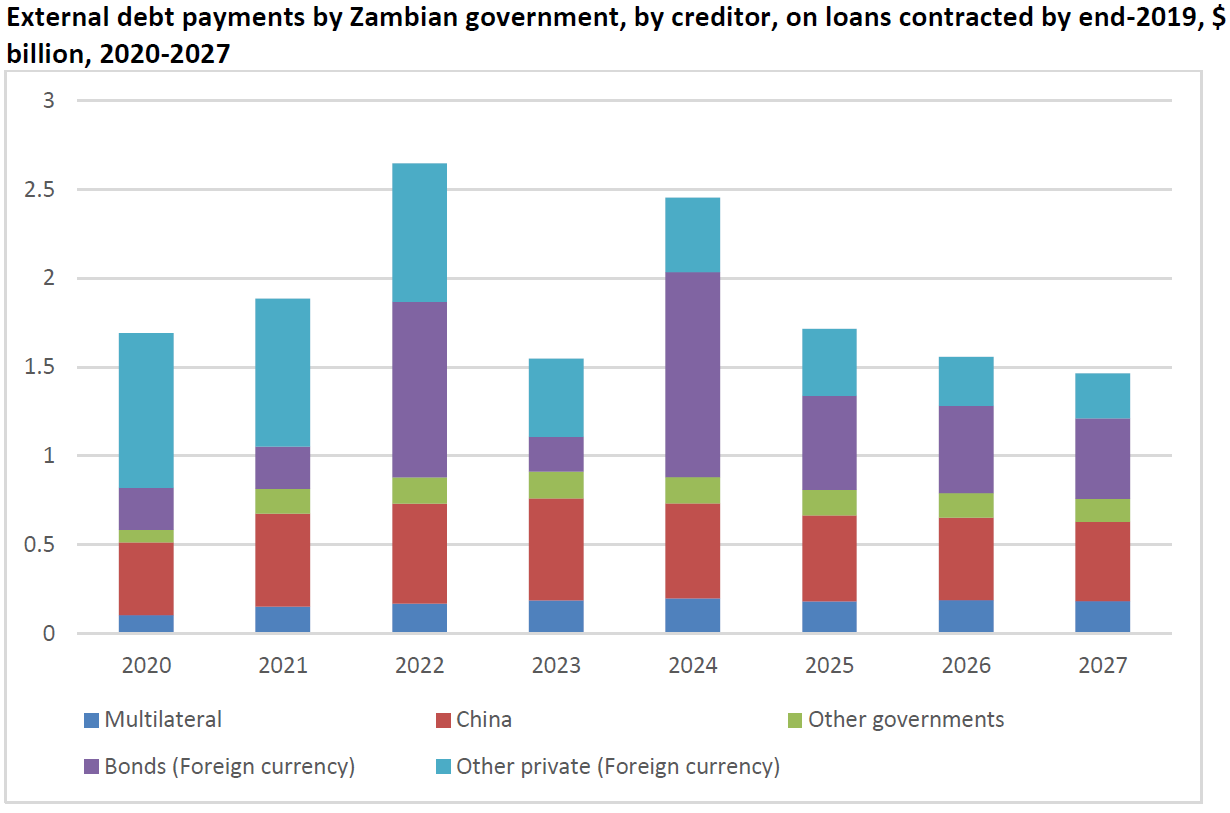 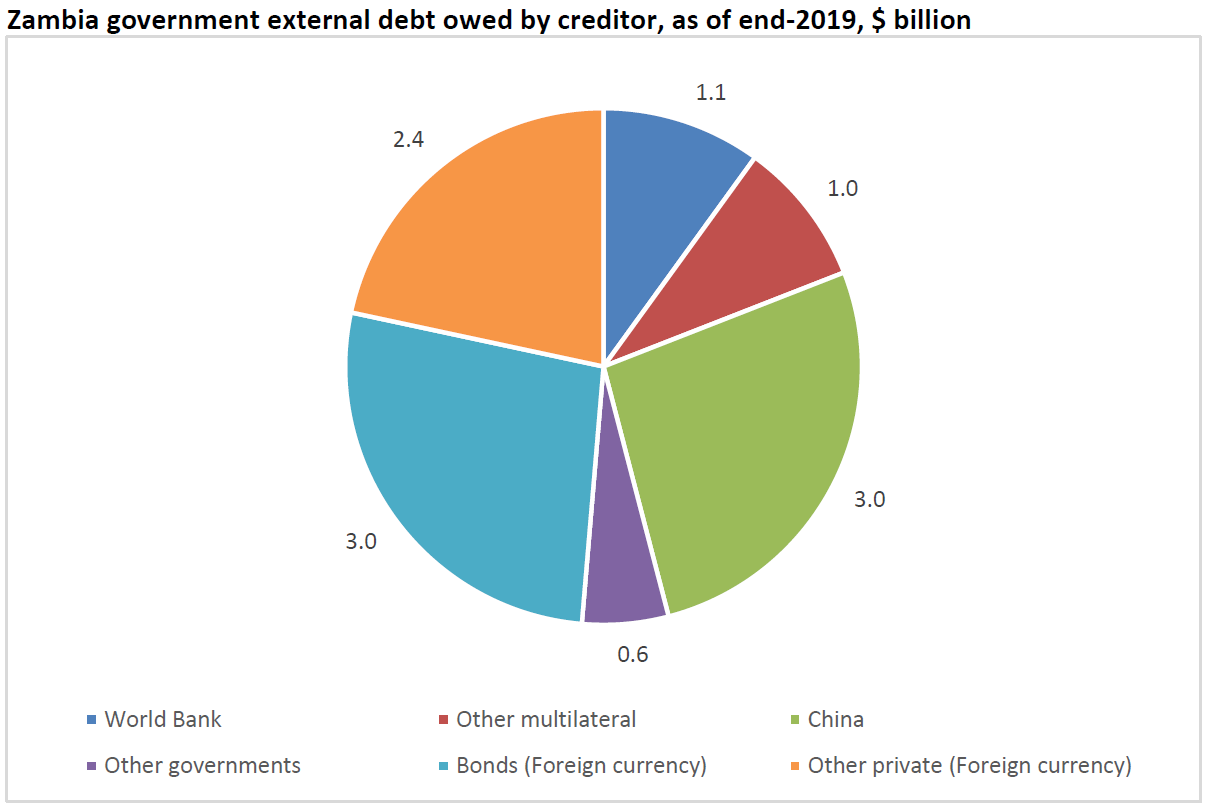 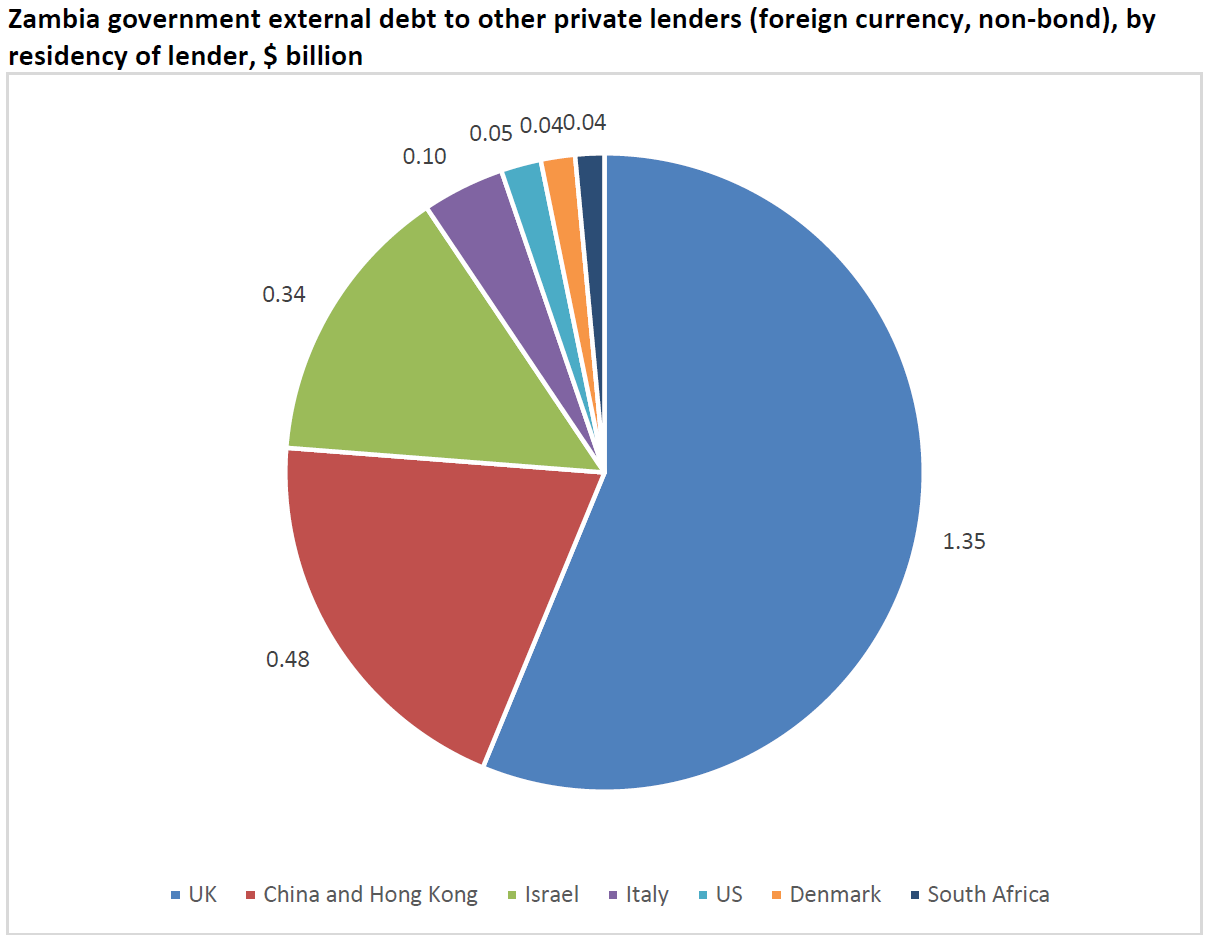