There has been plenty in the news in recent months about Ghana’s struggles with debt. Having been hailed as a model economy by former US president Barack Obama, Ghana’s place as a leading example for what economic growth in Africa could look like has started to look shaky.

We’re told much of this is down to financial mismanagement by a Government that has overspent in recent years. But there is more to the story. 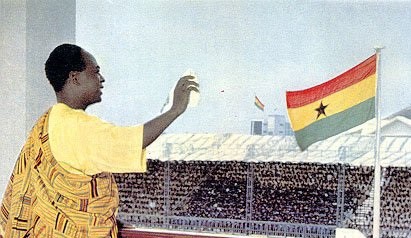 In October 2016, Jubilee Debt Campaign and partners released a new report looking at the how and why debt has once again risen to danger levels in the country, levels which are now threatening the stability of the entire economy. The current debt is so high that the country is paying 30% of its annual income servicing foreign debts. The IMF and the World bank have stepped in to protect lenders but they put the livelihoods of the people of Ghana at risk, with new ‘structural reforms’, including public worker pay freezes, imposed on the Government in return for loan guarantees. The massive social gains from the last decade – from near-100% primary school attendance to reduced infant mortality rates – stand to be lost if the Government doesn’t act now to curtail the crisis.

Now, we are launching a new version of the report which synthesises Ghana’s debt story into an accessible educational resource. The purpose of the resource is to raise awareness about the origins of the current debt crisis and what can be done about it.

At this special launch event, Jubilee Debt Campaign and AANCLID are bringing together like-minded civil society partners, activists and practitioners, to connect, converse and strategise about how this resource can be used, and to put pressure on the Ghanaian government, the UK government and international lenders to put people before profit, regardless of the debt that is owed. We invite you to be part of this conversation to strategise with us.

We hope you can join us!

This event is free and open to all who want to learn more about the debt crisis facing Ghana and want to be part of practical discussions towards building a response to the crisis. It would be useful for us if you register in advance, so please follow the link to register.

Venue: We Are 336, 336 Brixton Rd, London, SW9 7AA (map). The venue is a few minutes walk from Brixton station and is full wheelchair accessible.