Seven years on from the Great Crash, global debt levels are booming once again, and the power of finance to dictate people’s lives is deepening. 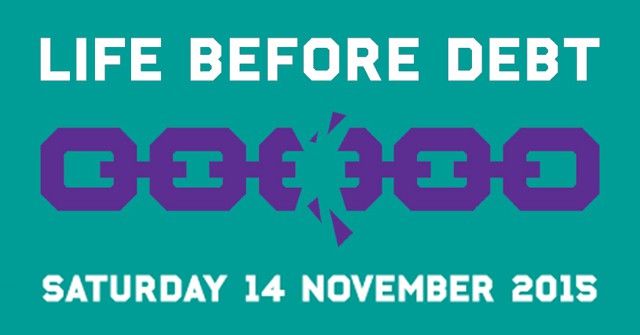 In Europe, the Greek people have been forced into another decade of austerity, at economic gunpoint, while reckless lenders get paid in full. In the UK, a generation of young people face a lifetime of debt if they want to go to university, with grants for the poorest set to be abolished. And the countries of the global South, after a few years of relief, are on course for a new debt crisis which threatens lives, livelihoods and basic public services.

Debt is not an accidental by-product of our broken economic system. It is a tool of control through which the rich exploit the poor for profit, and the power of elected governments to make decisions is curtailed.

This free event will hear the latest from campaigns and movements organising against unjust debt in the UK and around the world, and create space to plan collective action to break the chains of debt in years to come.

View the full programme for the day >>

All the rooms are wheelchair accessible and free use of hearing loop is available on request.