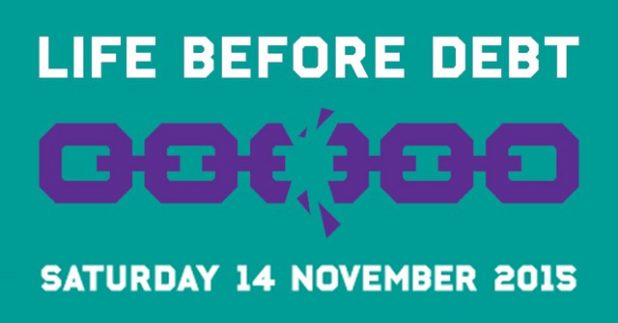 View the timetable for the day as a PDF >>

A Modern-Day Jubilee: Overcoming the rule of debt and the power of finance

The Jubilee is an ancient idea: a recurring moment when debts were cancelled, slaves were freed and land was redistributed. Around the turn of the millennium, the global Jubilee 2000 campaign put the idea of a modern-day debt jubilee on the agenda, and we won $130 billion of debt cancellation for 36 of the most impoverished countries in Africa, Asia and Latin America. But the underlying structures of the debt system were never reformed, and the problem of modern-day debt was much bigger than we realised. Today, many countries in the global South face massive debt problems once again, while the runaway debts of households and the private sector in the global North threaten a repeat of the 2008 Great Crash. This session will ask what a lasting modern day global Jubilee would look like? Which debts need to be cancelled to level the playing field, and how do we go further? How do we stop the endless cycle of wealth extraction from the poor to the rich, end the boom-bust cycle of debt crises, and build a global economy grounded in equality, justice and human dignity?

Is a new global financial crisis on the way?

Over recent months stock markets in China have crashed. The prices for exports of many impoverished countries have collapsed. For many debt payments are booming, and a rise in US interest rates could be on the way. Is a new global debt crisis on the way? Which countries are and will be affected? What are the impacts on people in the most impoverished countries? What is and can be done to bring this cycle of crises to an end? How does this continue the history of economic extraction and exploitation of the African continent? How can African diaspora, other UK campaigners, and civil society and social movements in Africa work together?

We’re all in it together? The consequences of student debt

Students in England are already due to graduate with up to £40,500 of debt under the changes introduced from 2012. Now maintenance grants are set to be abolished in favour of more loans, meaning students from the poorest families will end up the most indebted. At the same time, rising personal indebtedness among students is a symbol of the broader financial takeover of the British economy. This workshop will provide space to reflect on growing student indebtedness in the UK, its implications for society as a whole, and what is to be done about it.

How to audit your council’s debts – and why you should

UK local authorities have seen £18bn in cuts since 2010. But as councils struggle to find cash for essential services, many are simultaneously paying huge sums in the form of interest on loans from private banks like RBS. Over 200 councils have taken on complex loans – known as LOBO loans – which gamble on what will happen to interest rates, and have ended up costing them far more than borrowing from the Treasury. This workshop will equip you with the tools you need to expose and challenge these predatory lending practices targeting local councils and the policies which enable them.

The UK’s real debt problem: Austerity, private debt and the next crash

Devastating cuts in public services, social welfare and the wages of public sector workers are being justified in the name of tackling the deficit and reducing the public debt. Yet the UK government is only spending about 4% of income on foreign debt payments, making us masters of our own destiny. And there is growing agreement among economists that with interest rates at record lows, now is the time for countries like ours to borrow to invest and help grow the economy. On the other hand, UK private sector debt is more than four times higher than government debt. This session will look at the facts and myths around UK debt, analyse the real threat debts pose to our lives, livelihoods, and economic stability here in the UK, and what we need to do about it.

The global debt iceberg: Public-Private Partnerships from Africa to the NHS

The Private Finance Initiative in the UK has cost the public billions of pounds, whilst making large profits for private companies. The UK is now exporting the same model around the world, at potentially huge cost, and at great risk of creating new global debt crises. This session will explain the global debt iceberg, and discuss how we can work together to challenge the injustice both in the UK and the global South.

Rewriting the story of debt and austerity

Why are arguments in favour of austerity so effective in the public sphere? How is the ‘debt crisis’ used to achieve this? How can we challenge these frames, and strengthen our own arguments for a sustainable, fair economy? Come prepared for some participation. No prior economic knowledge necessary.

Greece and the Eurozone: What now?

This summer’s assault on democracy in Greece to save the Euro has left the European Union seriously damaged. After shutting the banks and ignoring the result of a referendum, a new and extreme bailout programme was imposed on Greece, deepening austerity and privatisation while leaving the unjust debt burden in place. Meanwhile Portugal and Ireland are presented as austerity success stories despite strong opposition and unjust debts of their own. What is next for the pan-European movement against austerity, and what can people in the UK do to help?

Forgive us our debts: How can reparations be made for past injustice?

Movements from the global South have repeatedly demanded reparations for past historical injustice. These calls have been echoed recently by Caribbean countries calling for various measures to overcome the negative ongoing impacts of the transatlantic traffic in enslaved Africans. Such calls are usually rebuffed by leaders of those nations which were responsible for injustice. The current global agreement on climate change, signed in 1992, recognises the rich world’s past responsibility for creating climate change, and actions needed to put this right, but their failure to do so is the main blockage to new global agreements on tackling climate change. This session will show how past and current injustice are related, why reparations are not just money, and discuss how reparations can enable greater global justice today.

Organising locally against global financial power: what, how and why?

Putting life before debt requires big structural changes to the global economy, changes that can feel very remote when campaigning at a local level, despite the benefits they would bring. What can we do to better connect global economic justice issues with local struggles, and how can local struggles contribute towards the just transformation we want to see globally? Laura, a community activist in Leeds, and Clare, a grassroots organiser based in London, will explore these questions and more in this session. Laura and Clare will lay out the case for community organising and participants will be able to share experiences and develop ideas and strategies for organising locally, on local and global issues.

Life Before Debt: How do we build a movement that’s impossible to ignore?

If there’s anything the last few years have taught us, it’s that the campaigning that worked in the 1990s and 2000s isn’t working anymore. Too often, governments dodge, brush off or simply ignore demands for economic justice, and our movements are unable to exert sufficient power to hold them to account. This closing session will explore how we win on debt justice and build a strong UK economic justice movement that can exert real influence at home and act in solidarity with allies around the world. What new methods and tactics do we need to learn or remember from the past? Who do we need to work with, and how do we work together to become more than the sum of our parts?

EXHIBITION: Living in a Debtocracy

Look out for this exhibition in the Garden Room explaining the Spanish debt crisis, lessons from Spanish debt resistors and their slogan, “We Don’t Owe, We Won’t Pay!” The piece was compiled by Citizen’s Debt Audit Platform (PACD) and Observatory on Debt in Globalization (ODG).

The Citizen’s Debt Audit Platform was born in 2011, with the aim of holding citizens audits to expose illegitimate debts. It considers any debt contracted by a government that did not benefit the population, and any debt used to justify the application of austerity packages, to be illegitimate. The ultimate aim of the PACD is to generate the strength required to refuse to pay these illegitimate debts.

Return to the main conference page >>