New figures released today predict that current rates of lending could lead to debts becoming unsustainable in many impoverished countries over the next decade, just a few years after some had debts cancelled. The figures have been released during the global week of action against illegitimate debt. 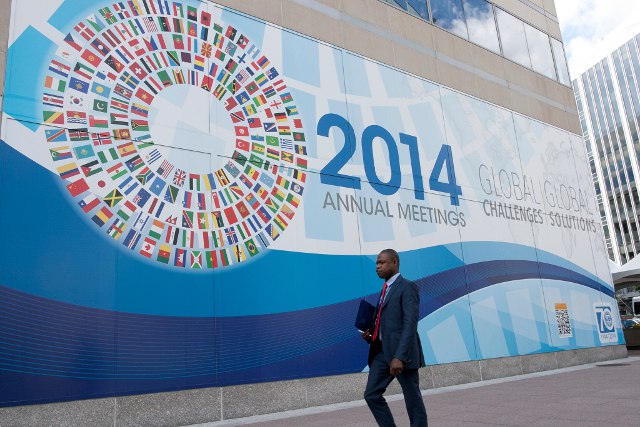 “There is a real risk that today’s lending boom is sowing the seeds of a new debt crisis in the developing world, threatening to reverse recent gains in the fight against poverty and inequality. The $130 billion of debt cancellation agreed in the 2000s has given countries in Africa and Latin America valuable breathing space to spend scarce government funds on fighting poverty and providing essential public services. But the failure to reform the global debt system so that the root causes of debt crises are addressed means history may be set to repeat itself.”

Jubilee Debt Campaign is asking people to write to the UK government to tell them to stop irresponsible lending and take measures to prevent a new debt crisis.

The figures are based on IMF and World Bank Debt Sustainability Assessments carried out over the last year for 43 impoverished countries. For these countries, 50% of lending is currently from multilateral institutions such as the IMF, World Bank and African Development Bank; 33% from other governments and 17% from the private sector.

For this sample of 43 countries, Jubilee Debt Campaign has calculated the number of countries where debt payments increase by more than 5 percentage points of government income for three possible scenarios for the next decade. The calculations show that:

For example, Ghana’s external debt payments are predicted by the IMF and World Bank to increase from 12% of government income today to 25% by 2023 even if the economy grows by 5.6% a year. If the West African country suffers one economic shock, debt payments would increase to 37% of income. If the country experiences lower economic growth over the next decade, payments would rise to 50% of government income.

In Haiti, debt payments are predicted to increase from 3% of income today to 14% by 2024. However, with one economic shock they rise to 22% of income, and 31% if growth is lower.

Both Ghana and Haiti had some debts cancelled in 2004 and 2009 respectively. However, in both cases debt payments are predicted to be a greater share of government income by the 2020s than they were before countries received debt relief. In total, of the 25 countries in the study which have had some debts cancelled, between 28% and 64% will have debt payments as high or higher than before debt relief over the next decade, depending on how economies perform.

“The shocking thing is that public bodies like the World Bank are leading the lending boom, not just reckless private lenders hunting for returns. Urgent measures are needed now to prevent a new debt crisis, including less aid money being given as ‘loans’, and the creation of a fair, independent and comprehensive debt arbitration process so that irresponsible lenders know they will no longer be bailed out for their reckless actions.”