A cross-party group of MPs has released a report into UK Export Finance – or what we call the Department for Dodgy Deals. 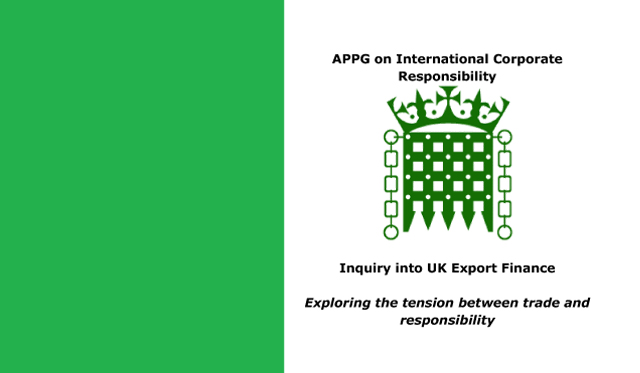 The report, covered on the front page of today’s Metro, recommends a radical shake-up of the department and endorses many of our campaign demands, including: 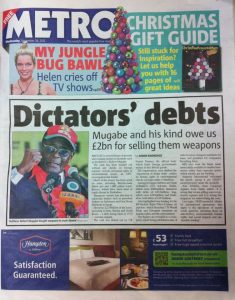 What this means for our Dodgy Deals campaign is that we are really getting somewhere. We must push the government to endorse the inquiry’s recommendations, in particular to move towards a full audit of the debts.

The inquiry follows hot on the heals of another campaign success – when the government released information on what sort of debts were still owed to the UK. This confirmed some of our worst fears, finding that three-quarter’s of Indonesia’s £400 million debt comes from loans for military equipment. This includes exports of aircraft and tanks later used against the Indonesian people. The Indonesian people currently pay £50 million a year on this debt. The information also finds:

These figures prove that it would be possible to conduct an audit of British debts, despite what the British Government has previously claimed. In February 2011 when asked about the debt owed by Egypt, then Business Minister Ed Davey told parliament: “Details of the goods or services supplied under the individual contracts are no longer held nor the specific amount of outstanding debt under each contract.”

But this is not true.

In August the Norwegian government announced it is auditing all the debt owed to it. The Liberal Democrats have a policy to “conduct our own audit of all existing UK government and commercial debts, ruling invalid any past lending that was recklessly given to dictators known not to be committed to spend the loans on development”.

It’s time for a full audit of the UK debt’s – to wipe out several decades of unjust lending and to ensure it never happens again.