Lower income countries are spending over five times more on external debt payments than projects to protect people from the impacts of climate change.

The figures, released today by Jubilee Debt Campaign, show that 34 countries are spending $5.4 billion a year on adjusting to the impacts of climate change already underway, but $29.4 billion on debt payments which leave the country.

Lower income countries will be raising the impact of debt on their ability to tackle climate change at the UN Climate Summit taking place in Glasgow from 31 October to 12 November. 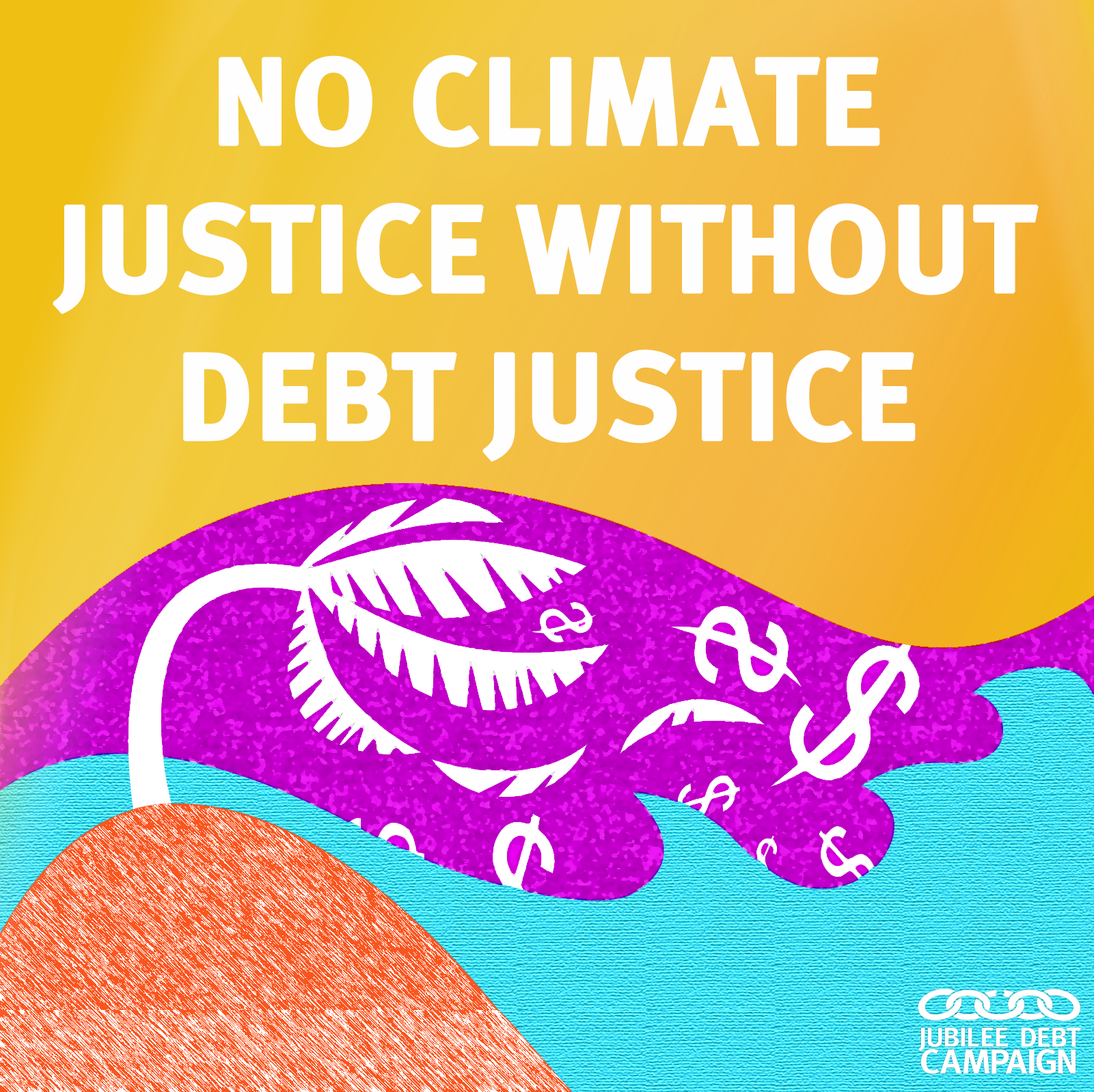 “To address the climate emergency, we need urgent action on the debt crisis. Lower income countries are handing over billions of dollars in debt repayments to rich countries, banks and international financial institutions at a time when resources are desperately needed to fight the climate crisis.

“In Glasgow, wealthy polluting nations need to stop shirking their responsibilities and provide climate finance through grants, as well as cancel debts. This is the least they can do to acknowledge their role in creating climate crisis in the first place and enable lower income countries to deal with the impacts of climate breakdown.”

Rich countries still have not delivered climate funding of $100bn per year to developing countries to help deal with and limit climate change that they first committed to at the UN climate talks in Copenhagen in 2009. Of the climate finance that they have given, over two-thirds is loans, further increasing the debt crisis in lower income countries.

Lower income country debt payments are increasing. By 2025, Jubilee Debt Campaign estimates that the 34 countries covered in the research will be spending seven times more on debt payments than limiting the impacts of climate change.

“Owing to the immense financial pressure on Uganda from the debt crisis, the government is unable to spend what is need to protect people from the damage inflicted by climate change. Furthermore, the Ugandan government is intensifying fossil fuel extraction in order to pay the debt. To address climate injustice, debt relief must be part of the forthcoming UN climate talks.”

“We are so threatened that we might not have an island or a country much longer, so it’s hardly possible for us to pay the debt if we are not around. Is it not then reasonable for climate vulnerable countries to call upon debt holders to restructure their debt?”

Mohamed Nasheed also said he would be taking the proposal to cancel debt to the UN Climate Talks in Glasgow.