New analysis released today by Jubilee Debt Campaign estimates that developing country debt payments have increased 115% between 2010 and 2020, reaching their highest level since 2001. Average government external debt payments are expected to reach 14.3% of government revenue in 2020, up from 6.7% in 2010.

Debt payments were already rising before coronavirus, and the crisis has caused recessions, lower economic growth and higher interest rates, which are making debt payment burdens even worse. Furthermore, the data compiled from IMF and World Bank sources does not yet take full account of the impact of the coronavirus crisis on government revenue and debt payment levels, with the real figures likely to be significantly worse. 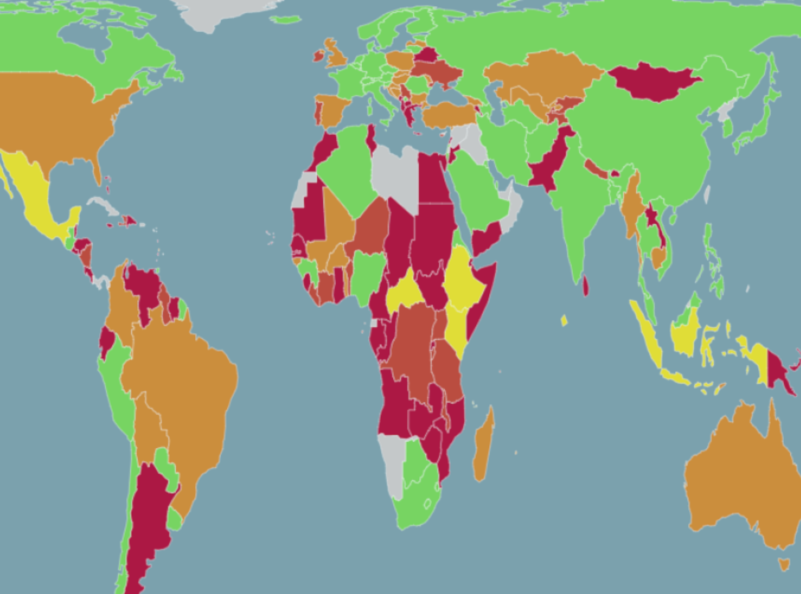 The figures are released as part of a new ‘Debt Data Portal’ produced by Jubilee Debt Campaign which compiles key statistics and analysis on the debts of countries and governments. The latest analysis finds that 52 countries globally are already in debt crisis, meaning that  debt payments are undermining the ability of governments to protect the basic economic and social rights of its citizens. There are 22 more countries in crisis now than in 2018, the last time Jubilee Debt Campaign conducted this analysis.

“Debt burdens were already taking much-needed money away from healthcare and social protection before the Covid-19 crisis hit, and the situation is rapidly deteriorating. Debt payments for poor countries are at the highest level in 20 years. We need urgent action to cancel payments, to reduce debt to a sustainable level, and to rein in irresponsible lending to stop debt crises coming back to haunt us every decade.”

The Debt Data Portal is an easy-to-access online resource which provides civil society organisations, journalists and interested citizens with the most important, up-to-date information on international debt levels and risks. As well as Jubilee Debt Campaign’s latest debt risk analysis, it includes details of:

Together, these measures provide a more accurate picture of the debt situation of a country than the traditionally-used measure of government debt as a percentage of GDP. Government debt to GDP takes no account of the interest rate on the debt, the government revenue available to service debt,  the period the debt is owed over, whether the debt payments involve money leaving the country concerned, and the scale of debt owed by the private sector of a country (as opposed to just the government / public sector).

Jubilee Debt Campaign has also launched a guide to understanding and accessing the most important debt information available from international sources. The guide is available in English and French.

The explanation of Jubilee Debt Campaign’s risk analysis is here.

The risk ratings announced today are: