Campaign group the Jubilee Debt Campaign have today released a new report exposing the contradiction between senior government ministers’ criticism of the cost of Private Finance Initiative (PFI) hospitals in the UK, whilst their departments are actively promoting such schemes to other countries.

In the report, titled ‘Double standards: How the UK promotes rip-off health PPPs abroad’, the Jubilee Debt Campaign show that Liam Fox, Jeremy Hunt, Priti Patel and Boris Johnson have all criticised the Private Finance Initiative in the UK, yet their departments are promoting similar schemes in many impoverished countries. 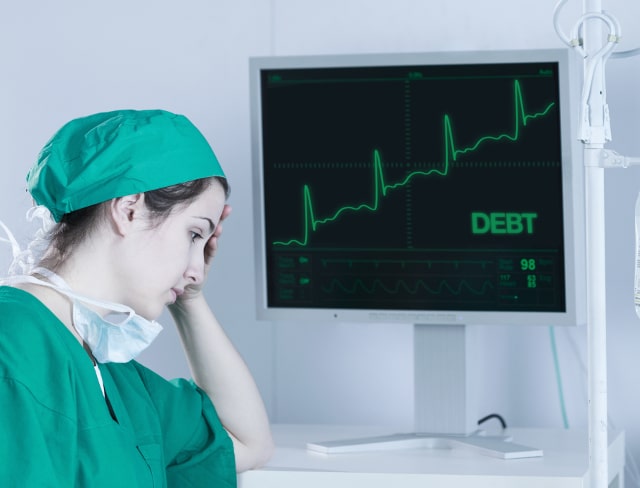 Secretary of State for Health, Jeremy Hunt, has said in parliament “One of my biggest concerns is that many of the hospitals now facing huge deficits are seeing their situation made infinitely worse by PFI debt” whilst Secretary of State for International Trade Liam Fox has said “We all know from reports that have gone to parliament the cost that [PFI] has ultimately given the taxpayer”.

Yet the Department of Health and Department for International Trade are working together, through a body called Healthcare UK, to promote such PFI schemes as “efficient” and “cost effective” to other governments. This includes marketing St Bart’s PFI scheme as a success despite the government having to pay six times more than the initial investment in it because of the PFI scheme, costs which have contributed to serious failings in quality of care and the largest financial deficit of any local health service in the country.

“Jeremy Hunt, Liam Fox, Priti Patel and Boris Johnson all know and acknowledge the huge cost of PFI in the UK. It’s outrageous that their departments are actively promoting similar schemes abroad, threatening healthcare provision and risking a huge debt trap for some of the most impoverished countries in the world. The government needs to stop this dishonest promotion, and tell the world the true rip-off cost of PFI.”

Boris Johnson’s Foreign Office has been using aid money to promote PFI schemes, known globally as Public Private Partnerships (PPPs). This includes in Liberia and Sierra Leone, which are recovering from the Ebola epidemic in 2013-2016. In Zambia, at a training event paid for by aid money and run by British companies, Acting UK High Commissioner Sean Melbourne said “The British Government is keen … to share its expertise in the development and successful implementation of Public Private Partnerships”.[6] However, Boris Johnson has previously said “In other countries this would be called looting, here it is called the PPP”. In Brazil, aid money paid for a UK company to share “the UK’s expertise” in “efficient” PPPs, work which the Foreign Office hopes “will create significant business opportunities for UK companies”.

The report by the Jubilee Debt Campaign finds that of 23 developing countries with active, proposed or stalled health PPPs, the UK government has been promoting such schemes in at least 18. For example, the Foreign Office used aid money to support the development of health PPPs in Peru based on those that have been a disaster in the UK. Two PPP hospitals have subsequently opened, the interest cost on which is almost double the amount that would have been paid if the Peruvian government had borrowed the money and build the hospitals itself.

Priti Patel, Secretary of State for International Development, has criticised PFI in the UK, saying “It is outrageous that our local hospital is tied down to paying these excessive [PFI] costs while there is an unacceptable shortage of healthcare provision elsewhere in Essex”.

Her Department for International Development (DfID) have previously funded various schemes to promote health PPPs, and continues to fund the World Bank to promote PPPs to impoverished countries. This is despite the fact that a report by the World Bank’s own evaluation group last year found among other concerning observations, that the Bank does not consider the costs on governments of PPPs and that there is “inadequate” monitoring and evaluation of health PPPs to be able to track results.