Home ⟩ News ⟩ The new debt trap: How the response to the last global financial crisis has laid the ground for the next

Debts owed by low income countries are also increasing rapidly, with Mozambique the most indebted country – public and private sector – in the world as a proportion of GDP. Lending to low income countries has trebled since 2008, driven initially by borrowing by countries to cope with the impacts of the global financial crisis. This has been followed by an increase in ‘aid’ being given as loans, including through multilateral institutions such as the World Bank, the emergence of new lenders such as China, and low interest rates in the Western world causing private lenders to seek higher returns in developing countries.

The report identifies nine countries that are heavily dependent on foreign lending: Bhutan, Ethiopia, Ghana, Lao PDR, Mongolia, Mozambique, Senegal, Tanzania and Uganda. These countries are growing faster than the average for low income countries. However, they are making less progress in reducing poverty than the average for low income countries, and inequality is increasing. For example, in Ethiopia between 2005 and 2011 GDP grew by 60% per person, but the number of people living on less than $2 a day increased by 5.4 million. 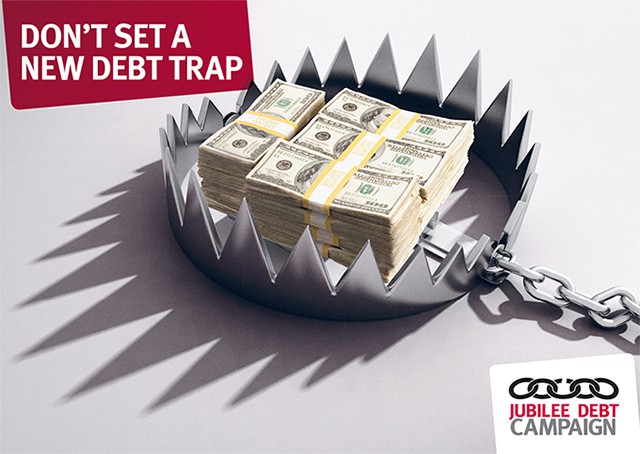