Home ⟩ News ⟩ Transparency of loans to governments: The public’s right to know about their debts

This briefing is also available in Spanish, French and Portuguese.

You can read the four-page briefing here.

The full list of organisations which have published the briefing is: 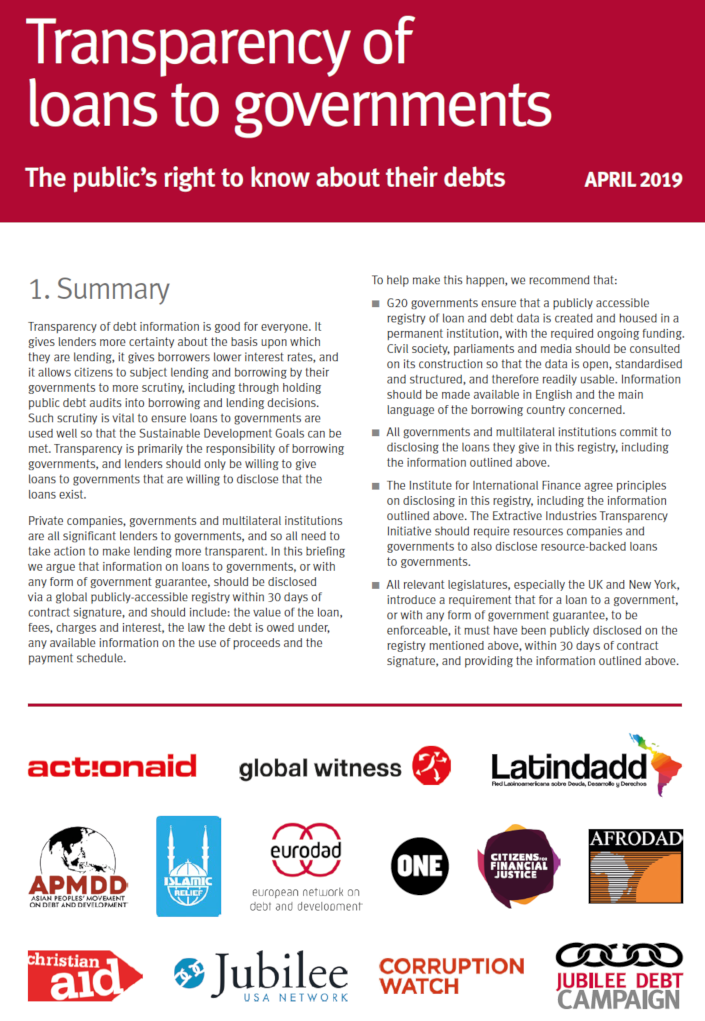