Sometimes a refusal to pay unjust debts can pay off. These countries have all attempted bold and alternative ways of dealing with debt crises.

Argentina
During the 1990s Argentina was the IMF’s poster child in Latin America. Along with liberalisation and privatisation, its key IMF approved policy was to fix the exchange rate of the peso to the dollar in order to control inflation. With the fallout from the Asian Financial Crisis, in the late 1990s Argentina entered a recession, the root cause of which was the over-valued currency.

Argentinian government debt had been falling in the 1990s, but with the onset of recession it began to rise. The IMF and Argentinian government responded to the crisis by cutting public spending, increasing taxes and maintaining the high exchange rate. Yet the government deficit barely fell at all, whilst its total debt, poverty and unemployment kept increasing. Massive protests occurred, famous for the banging of pots and pans.

On Christmas Eve 2001 Argentina defaulted on its debts, and devalued the peso. By defaulting Argentina stopped being able to borrow any more money internationally, although it had little access to new loans by this point anyway. For the first three months after the default, the economy continued to decline. But after a further devaluation and introduction of capital controls to prevent money leaving the country, the economy began to grow rapidly again. Welfare payments were increased to help the poorest cope, while non-IMF approved taxes on exports and financial transactions were introduced to increase government revenue. In 2005, Argentina reached a deal with 93% of creditors to pay 35 cents in every dollar of debt that was owed.

However, some creditors refused to take part in the debt restructuring. Vulture funds Elliot Management and Aurelius Capital bought Argentinian debts after the government defaulted in 2002. They then refused to accept a debt restructuring agreed by 93% of Argentina’s other creditors, and instead sued in New York. They got various court judgements in their favour, but the Argentinian government refused to pay. However, a new government elected in 2015, led by Mauricio Macri, agreed to pay the vulture funds in full. The vulture funds’ profit from the debt is estimated to be 1,500%.

Argentina still has large inequality, and under the Macri government poverty and debt are increasing. However, the 2002 default shows it is possible to stop paying debts as a way to escape an debt crisis, and thus to reduce poverty.

Burkina Faso
The Republic of Upper Volta gained independence from France in 1960. Following various coups, popular demonstrations led to the coming to power of Thomas Sankara in 1983. Sankara renamed the country Burkina Faso. 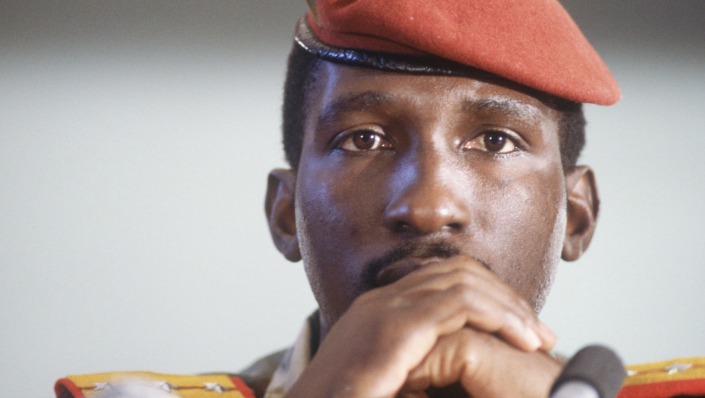 Sankara came to power as the Third World Debt Crisis was beginning. He has inspired many debt campaigners across the world because he articulated the deep injustices of illegitimate debt such as that faced by Burkina Faso, and put forward a vision for how to tackle it. He called on all African countries to collectively default on their debts, saying they were not powerful enough to do so individually. His reasoning was that:

“Those who led us into debt were gambling, as if they were in a casino… there is talk of a crisis. No. They gambled. They lost… We cannot repay the debt because we have nothing to pay it with. If we do not pay, our creditors will not die. We can be sure of that. On the other hand, if we pay, it is we who will die. Of that we can be equally sure.”

This rhetoric was not welcomed by colonial powers, or leaders in the region close to those powers. In 1987 Sankara was assassinated in a coup led by his former colleague Blaise Compaoré. It has been widely speculated that Compaoré was assisted by the French government, and its regional ally Cote d’Ivoire. Compaoré remained in power until 2014, when popular protests led to his resignation. Burkina Faso’s debt crisis continued until the mid-2000s, when it was finally granted significant debt relief by the IMF and World Bank.

Ecuador
In 2008 Ecuador became the first country to officially examine the sources and legitimacy of its foreign debt. Social movements had pushed strongly for debt audit, and had it adopted as a policy of Presidential candidate Rafael Correa. Once elected, an independent audit commission was launched with a presidential decree by President Correa in July 2007. Its main goal was the scrutiny of all lending deals from 1976 to 2007, including lending from Western governments and private creditors.

The commission was composed of a broad array of government officials and domestic and international academic experts in economic, law, social and environmental issues. Creditors were identified and the terms of loans were assessed. Debt restructuring and the conditions attached to this were also assessed. The audit concluded that overall the borrowing, debt restructuring and resulting conditions had caused “incalculable damage” to society. Many examples of predatory lending were found including loans which violated international law and domestic laws in both the borrowing and the lending country.

The commission concluded that the biggest part of the debt was a result of corruption, lack of transparency and ‘shady’ deals that did not benefit the people of Ecuador. The report also raised concerns about the percentage of public funds allocated to debt repayment, especially in relation to public spending for health and education. Results also showed that only a small percentage was used for useful development projects from the money loaned.

On the basis of the findings of the debt audit commission, President Correa declared that much of the debt was illegitimate, and ordered a default on interest payments on $3.2 billion of debt. After being in default for six months, Ecuador bought back much of the debt for 35 cents on the dollar, achieving a significant reduction in the size of its debt.

Iceland
The country with the largest financial boom in the years before 2007 was the Atlantic island of Iceland. Its banking sector went on a borrowing and lending binge, causing private external debt to reach 600 per cent of GDP by 2007. In contrast, government debt was just 30 per cent of GDP, two-thirds of which was owed in the krona and so likely to be due to Icelandic savers.

When the financial crisis began in 2008 the Icelandic banks were no longer able to keep borrowing so could not pay their creditors – they were bankrupt. Unlike in other countries with large foreign debts owed by private banks, such as Ireland, Spain and the UK, the Icelandic government was simply unable to step in and pay the loans instead. Domestic holders of deposits in the banks were protected, with all domestic assets and deposits moved into new banks, with some bailouts from the government. However, the international operations of the banks were put into a regular procedure for bankrupt companies. The foreign lenders and speculators into the Icelandic banking system had to write-off large amounts of debt.

The IMF agreed a programme of $2.1 billion of loans to Iceland in October 2008, and did so accepting the non-bailout of the external banking system. The IMF also unusually allowed capital controls to be brought in to help prevent money rushing out of the country. The huge financial crisis had dramatic impacts, with the economy shrinking by 7% in 2009 and 4% in 2010. Unemployment increased from 2% to 8%. However, Iceland’s economy recovered much faster than the economies of countries which bailed-out their banks in full, such as Ireland and Spain. Unemployment fell to 5% by 2013 and to 3% by 2016. As of 2015, Iceland had convicted 26 bankers for their roles in causing the crash.

“Where everyone else bailed out the bankers and made the public pay the price, Iceland let the banks go bust and actually expanded its social safety net. Where everyone else was fixated on trying to placate international investors, Iceland imposed temporary controls on the movement of capital to give itself room to maneuver … Iceland hasn’t avoided major economic damage or a significant drop in living standards. But it has managed to limit both the rise in unemployment and the suffering of the most vulnerable; the social safety net has survived intact, as has the basic decency of its society.”